This is Part 2 in the series I am running on our journey to find the right speech therapist for my son with apraxia of speech. If you missed Part 1, please click here to read. 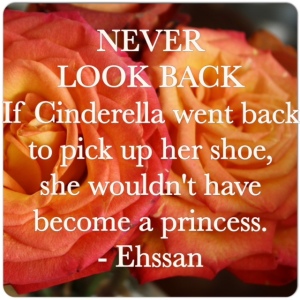 SLP #3 was at our public school system. We visited her the week of Jake’s third birthday and she gave him his first formal speech test. She agreed with the apraxia diagnosis and her results showed that Jake was speaking on a ten-month-old level. SLP #3 was a good speech therapist, but admitted up front that she didn’t know anything about apraxia. She also told me that she went on YouTube to view therapists working with apraxic kids because she wanted to give him the correct therapy … and she did.

I really respected her honesty and also that she took time outside of work to think about my son and the best way to help him. I don’t feel like SLPs # 1, 2, or 4 ever did this.

We are in a poor school district and although SLP #3 hadn’t been given money in years for therapy supplies, she took her only $200 for the year and purchased Kaufman Cards for Jake. Her approach with him was like night and day in comparison to SLP #2. She was tough on him, but I liked her disciplined, straight-up approach. She also had sensory issues (she also told me this up front), so no loud noises, squeaking of the chair, squealing, etc. were allowed.

The best piece of advice that she gave me was …

You have to push and challenge him to speak. He CAN do it.

SLP #3 introduced Jake and I to basic hand cues, which I didn’t even know existed at the time. Some of his first sounds and consonant-vowel combinations were spoken because of hand cues. I also loved that she was following the Kaufman protocol because it made sense to me to start therapy with the first sounds that a baby naturally makes and then build on those.

We were with SLP #3 for four months – September 2011 through January of 2012. For two of those months, Jake was also seeing SLP #4, a private therapist.

I discontinued services with SLP #3 because I wanted one-on-one therapy. Sometimes Jake would be in a group with two other kids and in this environment, a 30-minute session gets slashed to a 10-minute-at-best session. I also felt like Jake would lose focus when it was the other kids turn and it was sometimes hard to get him back.

Last, SLP #3 was a ghost hunter and while I would have liked to have heard her stories in a different time/place, I was very fragile and stressed at that point in my life. Her tales week and week out were just too much for me to add to my plate.

It was difficult to weigh the pros and cons of this relationship, but my gut told me I must move on. Continuing on with both therapists was also an option, but it just didn’t feel like the right path for us to take.

To Be Continued … Yes, there is a happy ending.