Apraxia. Such a deeply shattering word when you first hear it. It’s a disorder that’s troubling enough to make you fear the struggles that lie ahead of you and yet at the same time, grateful that it’s not something worse.

I start this project at the beginning of December, which as a mother is a very ambitious goal! Logic would tell me to wait until the second or third week of January; when the sugar has filtered out of the kids systems, after the Christmas presents have been bought, after the house has been cleaned, decorated, trashed during Christmas Break, and then all tidied up after the new year. But, I know that now is the time because I can’t seem to get this site out of my mind.

So, here it goes … for the time being, I’m blowing off the other responsibilities that seem to consume my life, and I’m jumping into blogging. When I first entered into the world of apraxia, I was devastated, confused, and overwhelmed at all the information that was out there. But I found that reading stories from other mothers who were  facing challenges that were similar to or even much worse than mine, inspired me.  They gave me knowledge to make the right decisions. They gave me the strength and courage to keep on trying and to never give up. 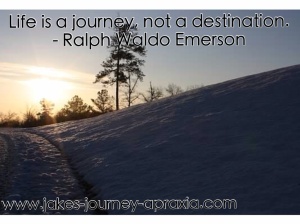 My son, Jake, is now 3.3 years old and since he was about 1.5, I have spent many hours researching on the computer. I have visited many professionals – our pediatrician, an allergy doctor, a naturopathic physician, and several speech therapists. During this time, I have learned a lot. Important things I wrote down. Inspiring things I printed out and posted on my computer or on my refrigerator so that I can revisit them on a daily basis. And after all this time of searching, I finally feel like I’m on the right track … and for this, I feel blessed.

My ultimate goal for this blog is to share what I have learned about apraxia and what I continue to learn each day.  I want to share what works for us and what doesn’t.  I have spent some time spinning my wheels this year and I hope to drive more people forward in their own journey.

I also want to track our own progress. I do not want to dismiss or forget how hard Jake works or the accomplishments that he makes each and every day. My ultimate goal is for him to be communicating in some form by the time he starts kindergarten in two years. I will do everything in my power to get him there.

This is our journey – you’re welcome to join us for the ride.

4 thoughts on “Life is a Journey, Not a Destination”