The first day of our technology fast, I was a little worried. Lil’ Man cried for at least twenty minutes for the iPad and I’ll admit, I lied and told him Daddy took it with him out of town for work just to cushion the blow a little. But after that first day, he was fine and didn’t ask or cry for it anymore. Fortunately, accepting the word “no” with computer games wasn’t a hard pill for him to swallow. He isn’t nearly as addicted to the computer as he is to the iPad.

I’ve let him watch television, but only for me to cook a meal or help my third grader with homework. I also caved on Friday and let him watch a lot of the fun Halloween shows that Disney aired. As he’s watched less television, he’s in turn, requested it less during down time. He also became more content to do other things if I was busy with the inevitable household chores.

What did we do to pass the time?

I got out my boys’ amazing collection of action figures, accumulated over a decade, and Jake found his Weeble Wobbles tucked away in the attic when I was getting out the Halloween decorations. At night we played Lite-Brite and finally got out the Shadow Box Theatre that my mom bought for my kids last Christmas. LD and Jake loved making their own shadows on the ceiling and we did that two nights in a row.

All of this playing left me pretty worn out by the end of each day, but I did enjoy it. And I have to admit … there’s been more clean up, more work, but also more talking.

Maybe that infamous study on SpongeBob that came out last year that made me roll my eyes has some validity to it. (For the record, I hate SpongeBob, but it is inevitable when you have three boys that this character is going to sneak his way into your life). 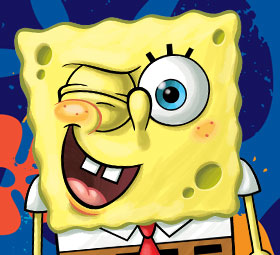 According to the Yahoo article, the study showed that: watching just nine minutes of that program can cause short-term attention and learning problems in 4-year-olds. Sixty children participated in this study and they were divided into groups. Each group did a different activity for nine minutes: watch SpongeBob, Caillou, or draw pictures. Afterwards they were tested and those who had watched SpongeBob did measurably worse than the others.

What about my technology fast? I’ve been really good and haven’t checked into Facebook, Pinterest or done any apraxia research. I’ve also just checked my email a maximum of two times a day and never from my phone. I like these changes because I had more time to do other, more important things during the day and I also felt less stressed. I did indulge mid-week and read the blogs that I follow. For me, it has been easier than I thought, but I’m basically cheating, so I don’t know if I can count being on a diet and still getting to eat a handful of cookies a day as real deprivation.

2 thoughts on “Technology Fast: The Results”